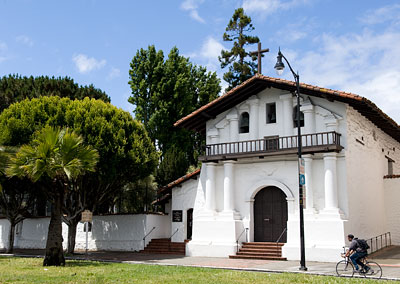 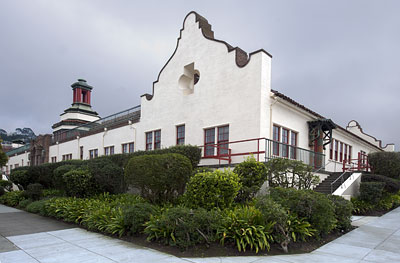 The Mission Revival style originated in California and was inspired by the state's Hispanic heritage. The style was popularized by the many train depots and hotels built by the Southern Pacific and Santa Fe railroads throughout the Far West.

Characteristics of the Mission Revival style are:

At the end of the 19th century, Mission Revival was considered to be the architectural style most congenial to the landscape and heritage of California. Books and periodicals romanticized the lost Spanish past while commercial brochures promoted an arcadian present to lure business, residents, tourists.

Tiled roofs, stucco walls, arches and arcades were soon poular for railroad stations, schools, commercial buildings and houses all over California. According to David Gebhard in Architecture of San Francisco and Northern California, "although the style did not transform northern California as it did the southern part of the state, hardly a single town came out of the period without at least one building clothed in Mission Revival garb."