NoeHill Travels in the Golden West 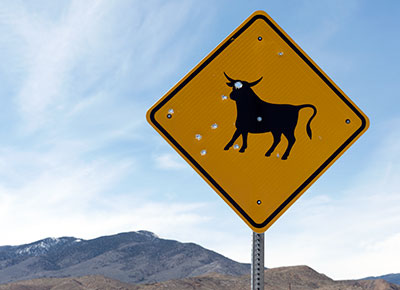 In much of the American West, shooting at road signs is considered protected speech.
Nevada Route 266 near Lida Road
12 March 2016
Although our website is primarily devoted to San Francisco and Northern California, from time to time we take road trips to visit historic sites and points of interest in other parts of the Golden West.

We have also cruised from the Port of San Francisco to Alaska and ridden the California Zephyr from Oakland to Denver.

Select a state from the following list or from a map of the Golden West: