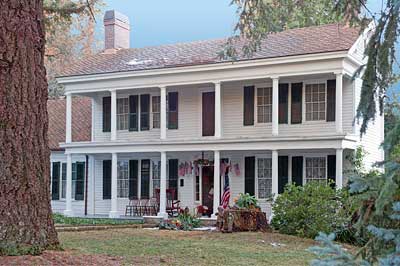 Replica of Ante-Bellum Mississippi plantation house.
It may be the only house of this type in California.
William Morris Stewart Mansion in Nevada City, California
Built 1855
Photographed 16 December 2013 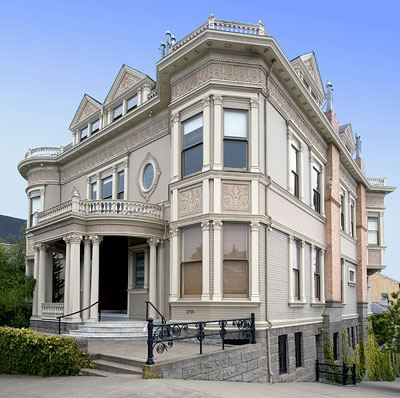 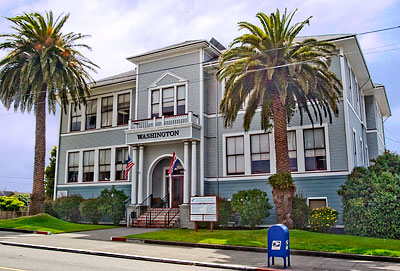 The Colonial Revival style, introduce around 1876, was derived from houses built in the eastern United States a century earlier. The style has been popular ever since. Between the World Wars, it was the most popular historic revival house style in the United States.

Colonial Revival houses, like their models, are usually two stories, with a ridge pole parallel to the street, a symmetrical front facade, an accented doorway with evenly spaced windows on either side of it.