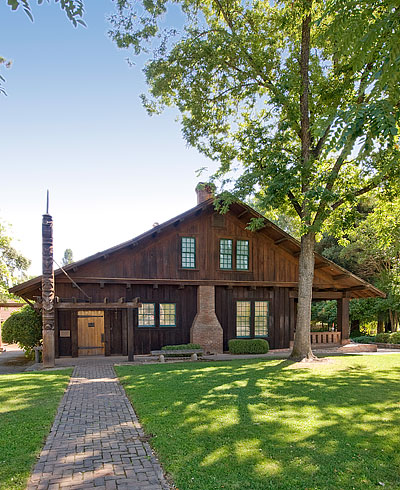 The American Arts and Crafts movement encouraged originality, simplicity of form, local natural materials and the visibility of handicraft.

In Southern California, the Pasadena-based firm Greene and Greene was the most renowned practitioner of the original American Craftsman Style. Their projects for Ultimate Bungalows include the Gamble House and Robert R. Blacker House in Pasadena and the Thorsen House in Berkeley.

In San Diego, architect David Owen Dryden designed and built many Craftsman California bungalows in the North Park district. The 1905 Marston House in Balboa Park was designed by local architects Irving Gill and William Hebbard. Frank Lloyd Wright founded the Prairie School which was an outgrowth of Craftsman aesthetics and Craftsman philosophy of quality home design for the middle class.

Distinctive features of the Craftsman style are: