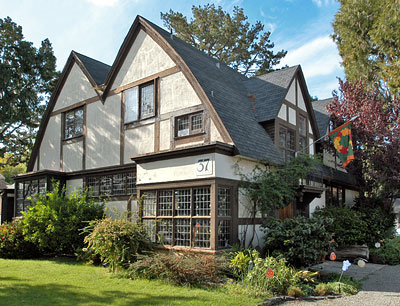 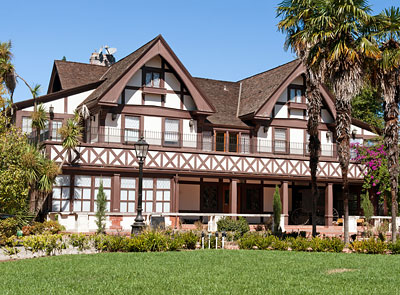 Tudor Revival mansions of the late 19th and early 20th century were inspired by English Renaissance buildings of the 16th and 17th centuries including the Elizabethan and Jacobean periods.

These grand, asymmetrical buildings had steeply pitched roof with one or more intersecting gable, decorative half-timbering and long rows of casement windows.

By the early 20th century, the style had been adapted to more modest houses and has remained popular ever since.

Tudor Revival buildings are characterized by: