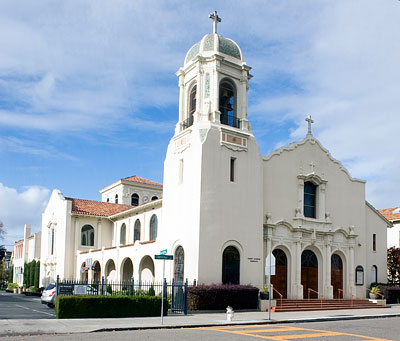 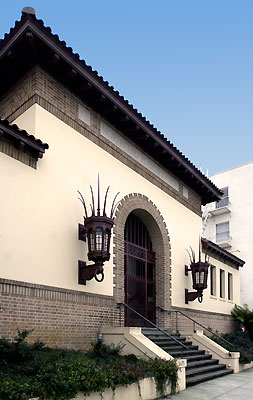 The Spanish Colonial Revival style immediately followed the Mission Revival style and shared many of the same architectural elements.

The style was popularized by the 1915 California-Pacific Exposition in San Diego and by the depots and hotels built by Fred Harvey for the Atchison, Topeka and Santa Fe Railway in the Southwest. For many years, it was the style of choice for the mansions of the Hollywood stars.

Many Spanish Colonial Revival buildings have courtyards and enclosed gardens. The orientation is private and inward with simple, undecorated street façades.

Some distinctive features of Spanish Colonial Revival buildings are:

The term baroque was derived from the Portuguese barocco, translated as an irregular pearl or stone.

Between 1590 and 1720, Baroque architecture spread through Europe and Latin America, where it was particularly promoted by the Jesuits. The Roman Catholic Church was reasserting itself in the wake of the Protestant Reformation with displays of power, wealth and grandeur. The Spanish Court supported Rome by building churches and palaces in the Spanish Baroque style.

Baroque architecture was emotional, not rational. It created spectacle and illusion. Straight lines of the Renaissance were replaced with flowing curves. Domes were enlarged. Interiors were designed to produce spectacular chiaroscuro effects.

Churrigueresque is a Spanish Baroque style of elaborate architectural ornament marked by extreme detailing usually above the entrance on the main façade of a building. The style was named after the architect and sculptor, José Benito de Churriguera (1665–1725), who was born in Madrid of a Catalan family and who worked primarily in Madrid and Salamanca.

The Churrigueresque decorative style was used in Spanish Colonial architecture in the New World. In many churches and public buildings, the ornamentation seemed to trump all other architectural considerations.