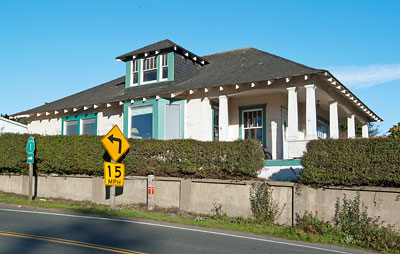 The American bungalow is typically a snug residence with one story or one and a half stories. A bungalows has a wide overhanging roof and a deep porch.

The word bungalow originated in the 18th century in the Indian province of Bengal when small, one-story bangla houses were built to house British colonial authorities.

Furniture designer Gustav Stickley published The Craftsman magazine from 1901 through 1916. Stickley sold Craftsman bungalow kits through his magazine for about one thousand dollars, a bargain price even then. Soon, kits were available from the Sears, Roebuck and Co. catalog.

Distinctive features of a bungalow are: