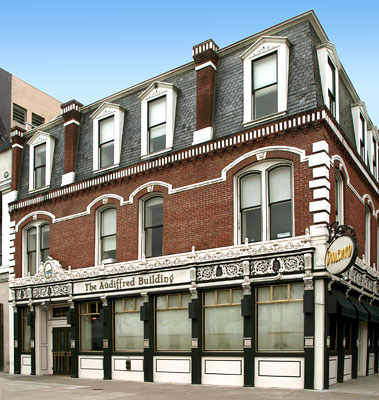 Audiffred Building in San Francisco
26 May 2008 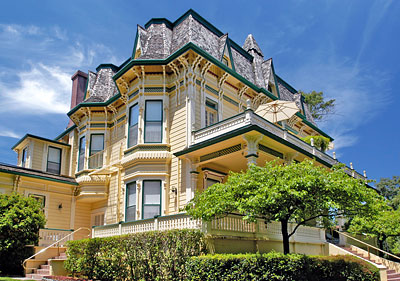 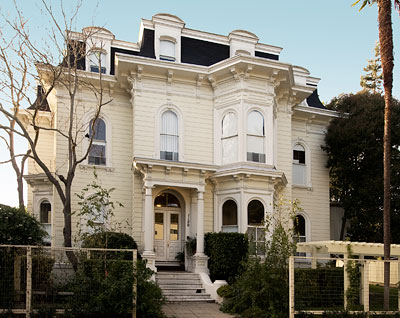 George E. Goodman Mansion in Napa, California
23 November 2010
(Click Photos to Zoom)
The Second Empire style was inspired by buildings constructed in Paris during the reign of Napoleon III from 1852 to 1870. The enlargement of the Louvre during between 1852 and 1857 revived the roof form developed by the 17th century French architect François Mansart.

Smaller Second Empire residences are difficult to characterize. Builders placed a mansard roof on almost any style of house however small or otherwise unassuming.