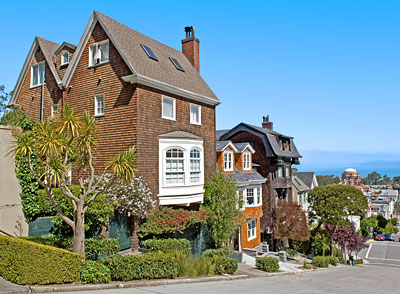 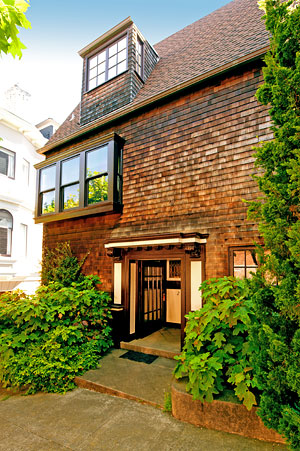 Ernest Albert Coxhead was born in East Sussex, England. He became an architect through apprenticeship rather than academic training.

When he was fifteen, he began working for a civil engineer who designed public projects and residential developments. After five years, he moved to London where he restored Gothic churches.

In 1886, Albert and his brother Almeric moved to Los Angeles. They established an independent practice and designed several Episcopal Churches in Southern California.

In 1890, the brothers moved to San Francisco. Their firm, Coxhead & Coxhead, built seventeen churches of which eleven are extant. Ernest designed the buildings, and Almeric managed the construction. 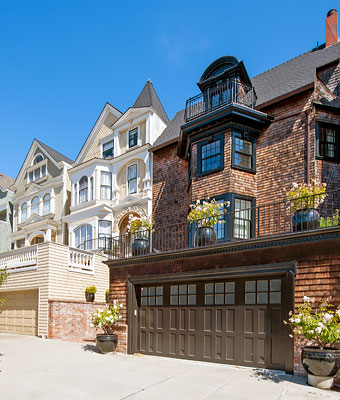 The Osburn House is the shingled house on the right. 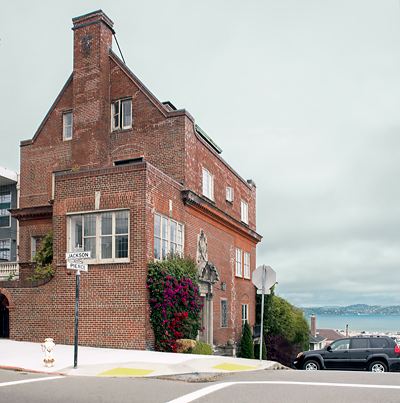 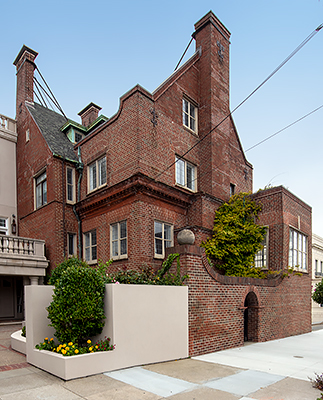 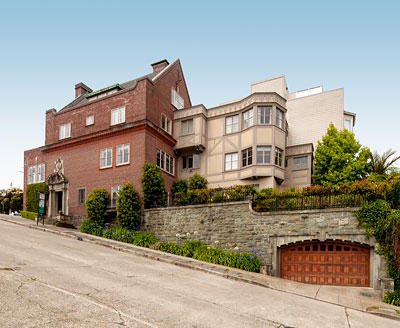 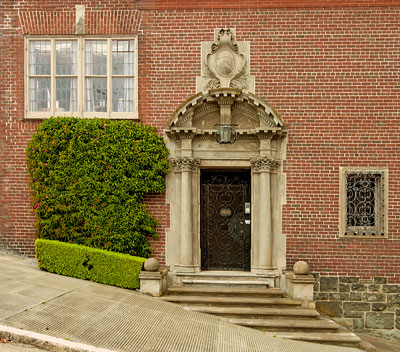 This is one of my favorite buildings in San Francisco, designed by my favorite Bay Area architect, Ernest Albert Coxhead. It is perfectly located facing Alta Plaza on the north slope of Pacific Heights three hundred feet above San Francisco Bay. 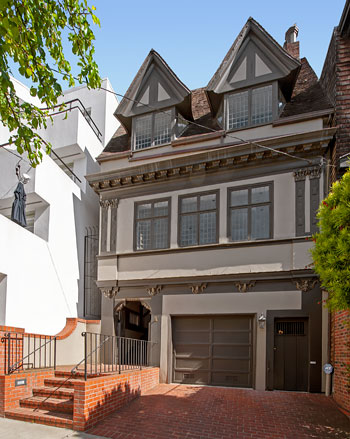 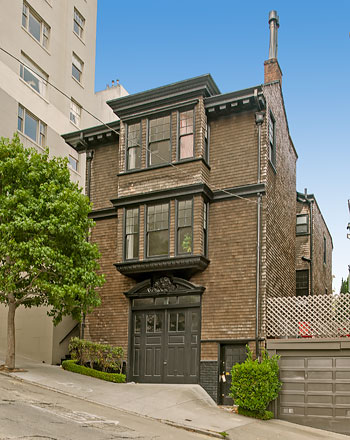 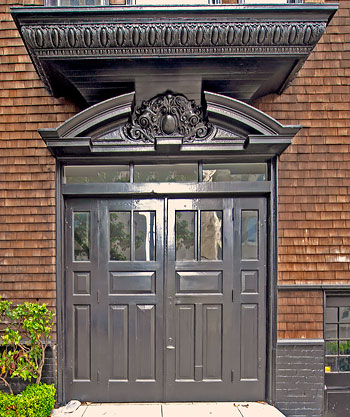 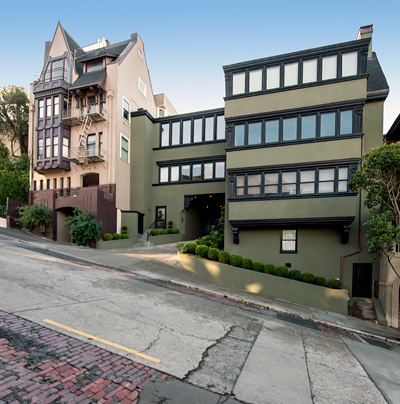 The Coxhead building is on the right. As seen in this photograph, Pacific Heights and Presdio Heights contain disparate architectural styles which coexist harmoniously because of their scale, design and workmanship. 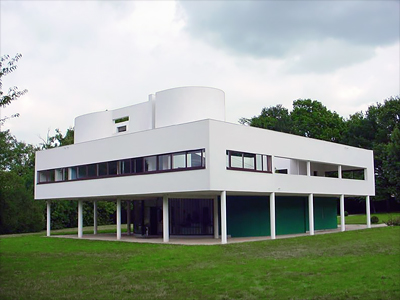 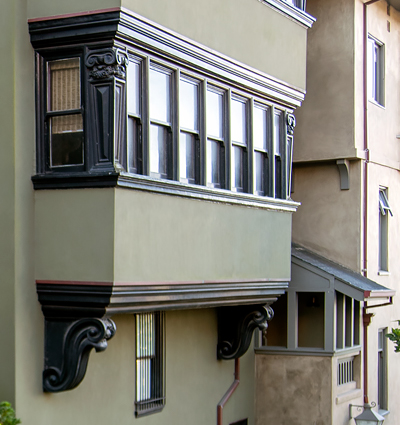 Ernest Coxhead used a Prairie School approach on this stucco house in which modular bands of windows and intervening stucco spandrels are projected from the face of the building.

I think that this building anticipated the Bauhaus and International architectural styles by twenty years.

It reminds me of an Arts and Craft forerunner of the Villa Savoye designed by Le Corbusier and built of reinforced concrete in Poissy, France, between 1928 and 1931. 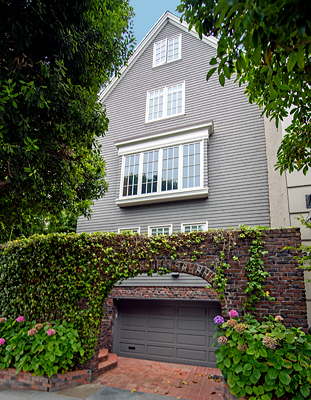