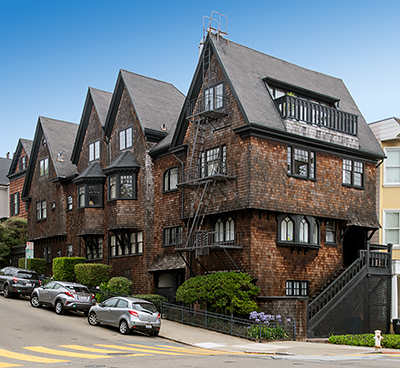 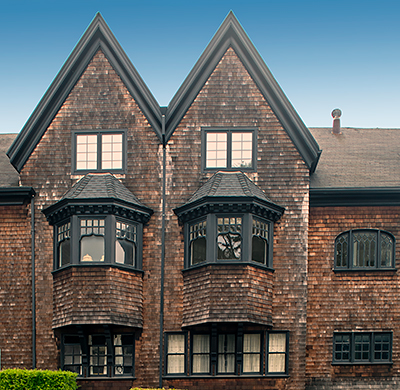 3196 Washington Street
5 September 2019
(Click Photos to Zoom)
Edgar Mathews was born in Oakland where he graduated from the Van Der Naillen School of Engineering in 1888.

In 1895, after working for his father, he opened his own architectural office in Oakland. Soon after, he moved to San Francisco.

Mathews designed many San Francisco houses and apartments, particularly in Pacific Heights. Like Willis Polk and Ernest Coxhead, he was influenced by the English Arts and Crafts Movement.

Mathews favored half-timbered houses with high-pitched roofs in the English Tudor style. He clad his apartment buildings in unpainted redwood shingles. A residential building designed by Mathews typically has curved window sashes, a brick entryway, an overhanging porch, and a low wall around the lot. 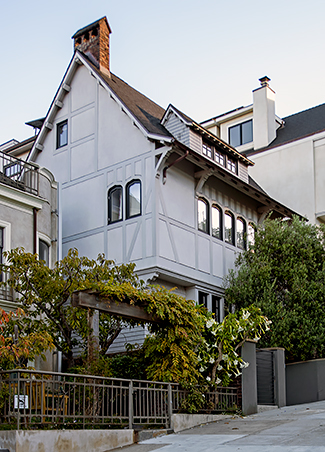 Because the facade is hidden by olive trees, we photographed the building at an angle. 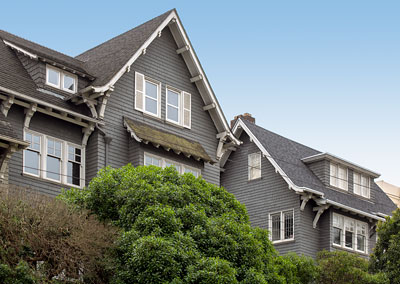 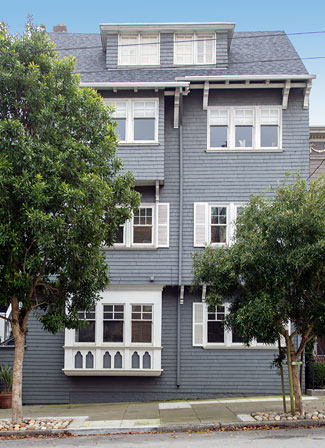 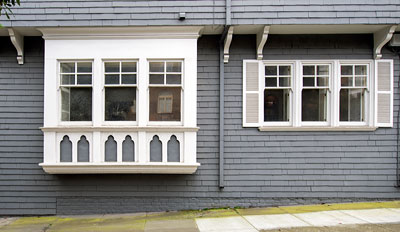 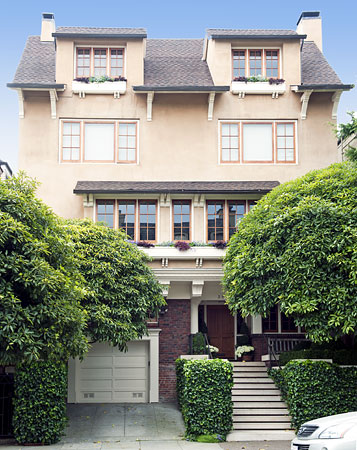 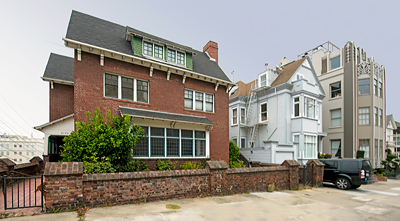 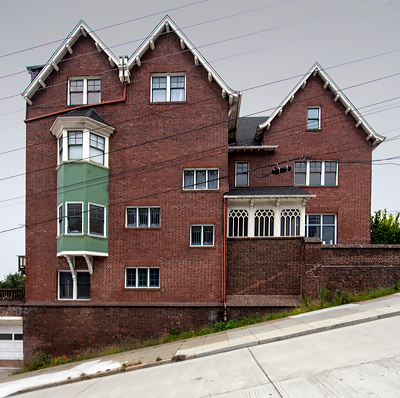 Side Elevation on Webster Street 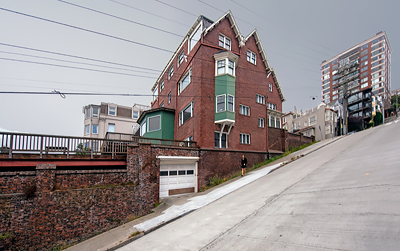 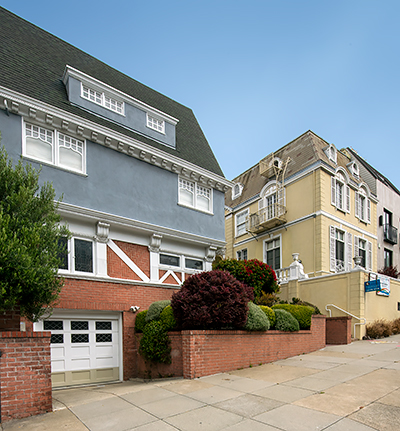 2360 Washington Street is on the left 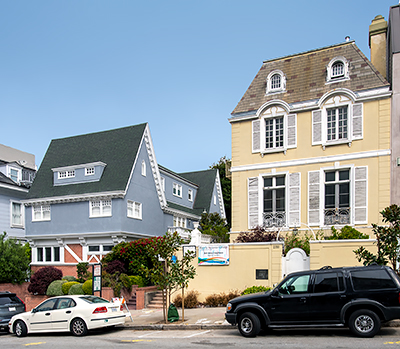 These two residences exemplify the diversity of architectural styles in Pacific Heights.

Both houses turn their sides to the street to face each other.

Although this configuration is not typical in San Francisco, it is not uncommon in older residential neighborhoods where homes were designed by architects for affluent clients. Other examples are 2233 and 2255 Lyon Street by Willis Polk, 2241 Sacramento Street by Edward E. Young, and Mark Zuckerberg's home above Dolores Park. 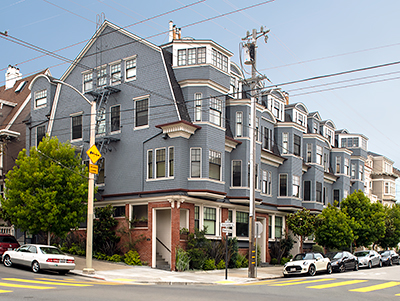 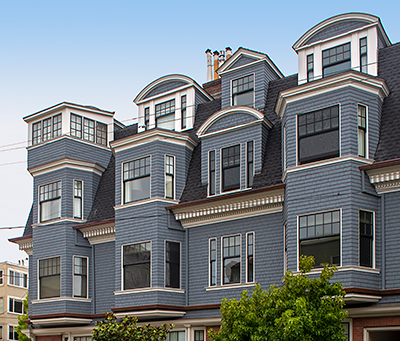