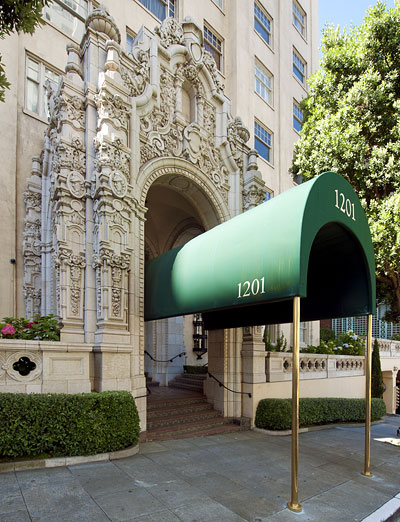 In 1901, when John Galen Howard moved to Berkeley to become supervising architect for the University of California, Weeks joined him as a designer. The association was brief. In 1903, Weeks and San Francisco architect Albert Sutton formed the partnership, Sutton & Weeks, with Weeks as the junior partner.

Albert Sutton left San Francisco in 1910 after divorcing his wife, and Weeks worked alone until 1916 when he joined forces with engineer William Peyton Day who had been in partnership with pioneering San Francisco reinforced concrete engineer John B. Leonard.

With Weeks as designer and Day as engineer, the firm specialized in theaters and apartment buildings.

Weeks & Day was most active immediately before Weeks died in 1928. Day continued the firm for twenty-five more years, closing it in 1953. 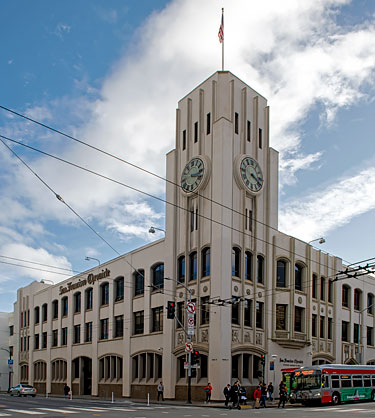 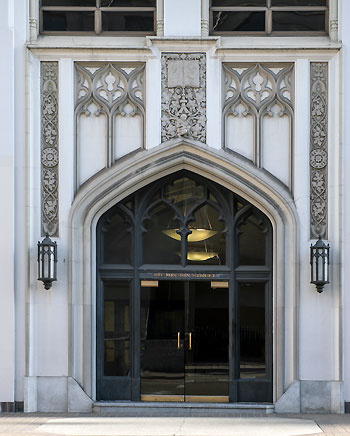 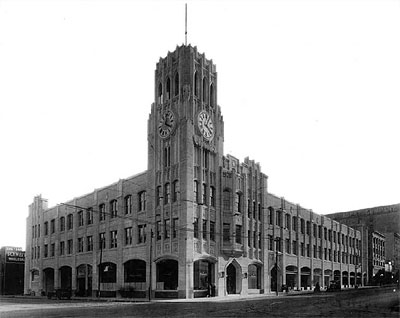 Weeks and Day designed the Chronicle Building in the Gothic Revival style. Both this building and the Pacific Telephone building were influenced by Eliel Saarinenâ€™s highly influential design for the Chicago Tribune Tower, drawn in 1922, but never built.

The exterior was remodeled during the 1960s to remove most of the Gothic detail and give the building an Art Deco appearance.