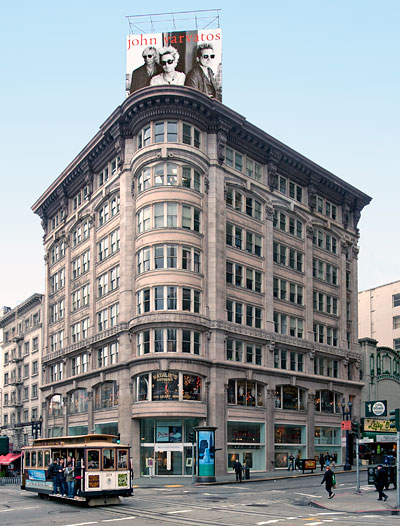 This Renaissance/Baroque building anchors the southwest corner of Union Square. It is built of reinforced concrete clad with terra cotta.

G. Albert Lansburgh is known for his opulent movie palaces built between 1910 and 1930.

Lansburgh was born in Panama but moved to San Francisco with his family. While a student at UC Berkeley, he worked for Bernard Maybeck as a draftsman. After graduating from Berkeley, he earned a degree from the École des Beaux-Arts in 1906.

Lansburgh went on to design more than fifty theaters nationwide. At the height of his career, he had offices in San Francisco, New York, and Los Angeles.

Although most of Lansburgh's best known buildings are in the West, his personal favorite was said to have been the Al Hirschfeld Theatre (originally the Martin Beck Theatre) in New York City. 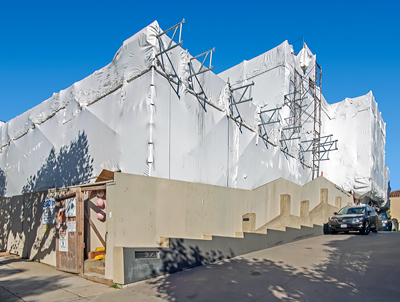 Before the 1906 Earthquake and Fire, rich and powerful San Franciscans built their homes on Rincon Hill and then on Nob Hill. Since then, they have preferred Pacific Heights and Presidio Heights.

Much of this money is still pouring into Pacific Heights. It seems that almost every block has at least one gutted mansion being remodeled.