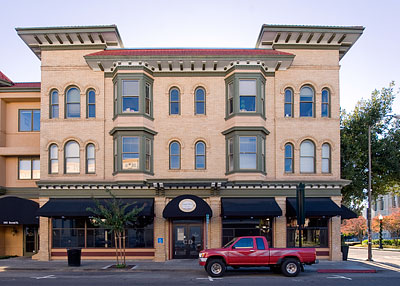 William H. Corlett was the son of William P. Corlett who established the family in Napa in 1875.

William pere established a planing mill around 1882. William fils and his brother Robert operated the planing mill as Corlett Bros., Enterprise Planing Mill. The mill grew to be the largest in Napa County and served Napa, Solano, Sonoma, and Yolo Counties.

In addition to his architectural practice, Corlett operated a planing mill, served on the Napa City Council for three terms and on the Napa County School Board for eleven years.