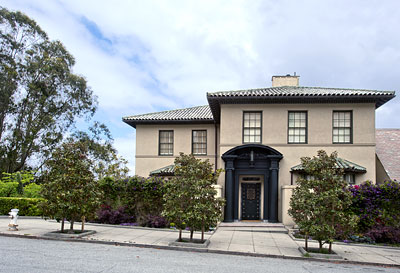 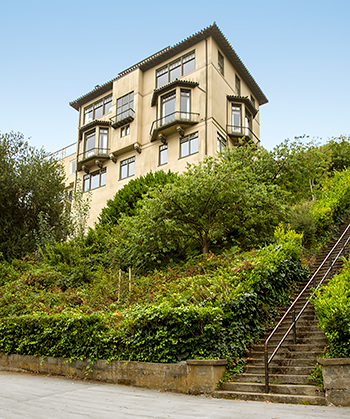 The house at 2990 Vallejo Street occupies one of the most privileged sites in San Francisco, the Gold Coast of Pacific Heights, bordering The Presidio.

From the front, it appears to be two stories high, but in the rear it is at least eighty feet high. Given the steepness of the hills of San Francisco, many houses, like icebergs, are largely hidden from view and more formidable than they at first appear. The house is three hundred feet above San Francisco Bay with views of the Golden Gate Bridge, Alcatraz and Marin County.

Architect Walter Danforth Bliss bought the lot in 1910 and designed the house for himself and his wife. The house next door was the home of architect Edgar Mathews.

The house was an early example of reinforced concrete used in residential construction.