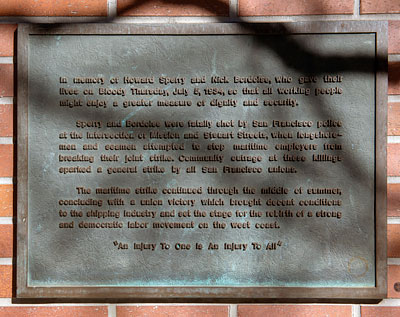 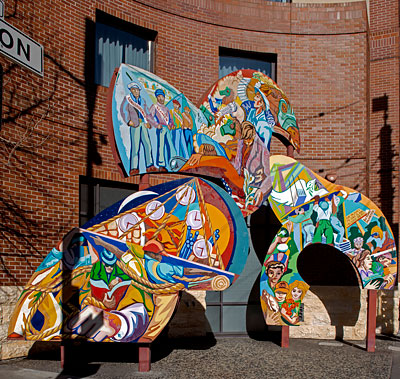 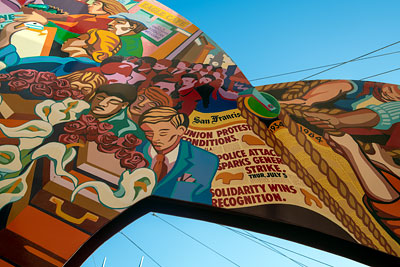 A second mural is on the back of the structure. 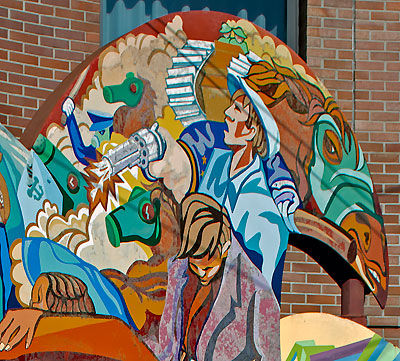 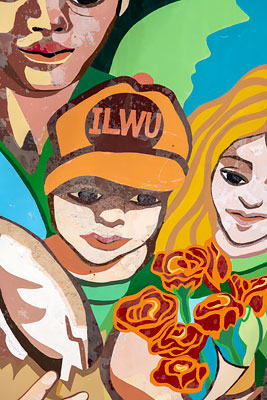 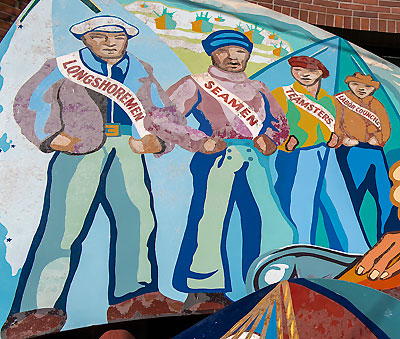 In memory of Howard Sperry and Nick Bordoise, who gave their lives on Bloody Thursday, July 5, 1934, so that all working people might enjoy a greater measure of dignity and security.

Sperry and Bordoise were fatally shot by San Francisco police at the intersection of Mission and Steuart Streets, when longshoremen and seamen attempted to stop maritime employers from breaking joint strike. Community outrage at these killings sparked a general strike by all San Francisco unions.

The maritime strike continued through the middle of summer, concluding with a union victory which brought decent conditions to the shipping industry and set the stage for the birth of a strong and democratic labor movement on the west coast.