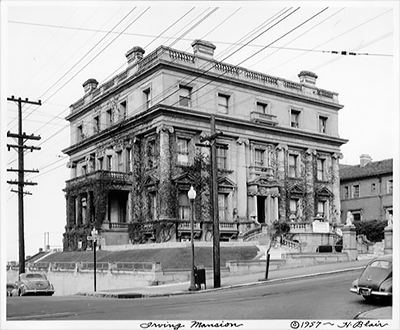 After Irwin's death in 1914, the building housed the country's first blood repository, later named the Irwin Memorial Blood Bank in 1941.

The Irwin Mansion was destroyed by fire in the late 1950s, and a twelve-story building, Washington Tower Apartments, replaced it.

You can see the Irwin Mansion in the 1934 movie, Fog Over Frisco, starring Bette Davis.

The Reid brothers, James and Merritt, who were born in Canada, designed many San Francisco buildings during the City Beautiful period.

They opened their San Francisco office in 1889, and remained in business here until 1932 when Merritt died and James, one of the founders of the San Francisco Opera Company, turned full time to his hobbies of oil painting and music.

During their long and productive careers, the Reid Brothers were known especially for their Classical Revival mansions and movie theaters. 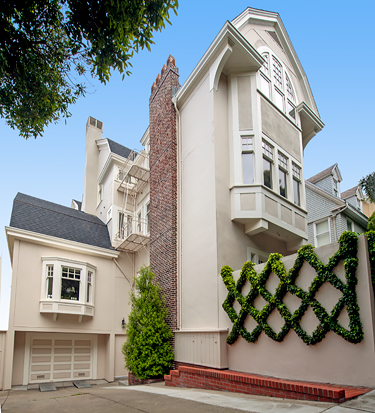 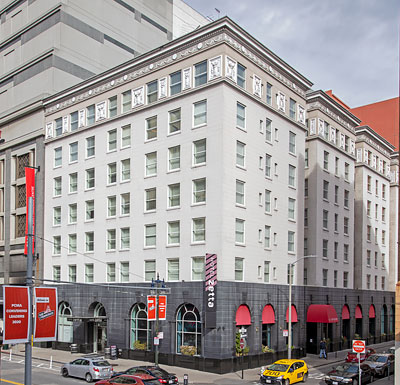 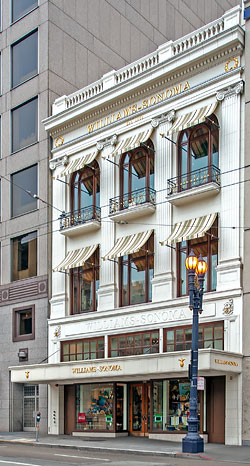 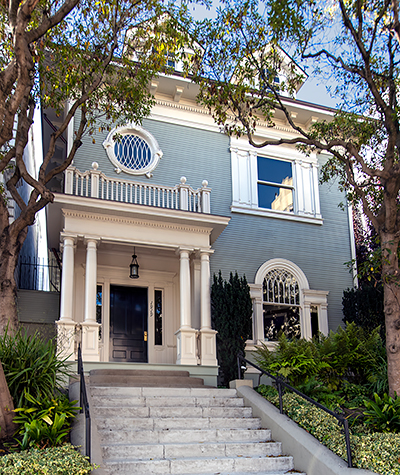 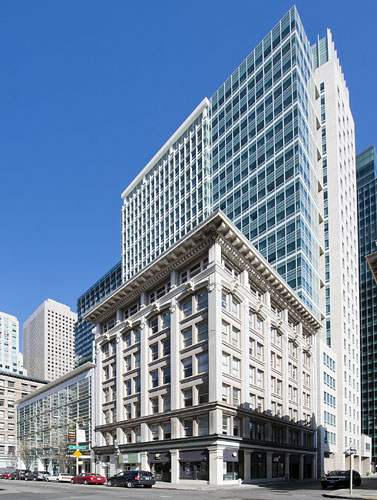 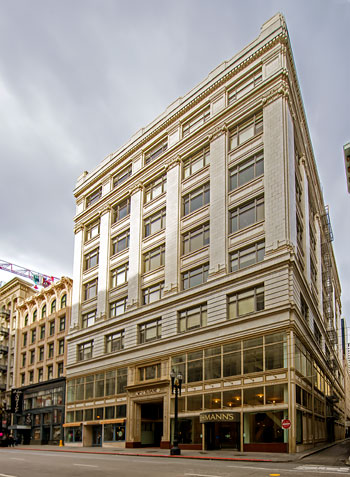 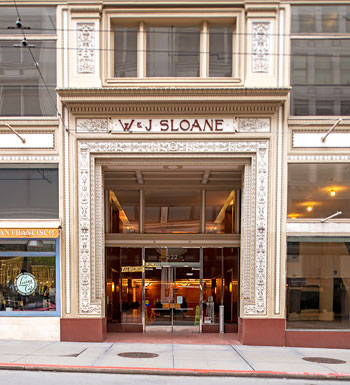