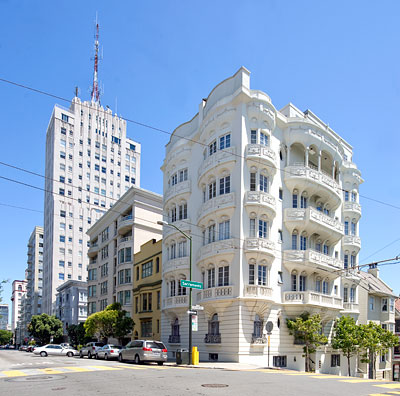 In August 2019, Wikipedia had a one-line entry: "James Francis Dunn (1874-1921) was an American architect who designed many buildings in San Francisco, California."

An article by Dave Weinstein in the San Francisco Chronicle provided an appreciation of several of Dunn's buildings along with some autobiographical information. According to Mr. Weinstein, Dunn was born and raised by a widowed mother in an Irish, working-class neighborhood South of Market. He taught himself architecture. He mastered Parisian architecture by studying the latest journals. In later years, he traveled throughout the United States, and probably visited France.

"Dunn is best is known as a designer of multi-unit residential buildings in the Beaux-Arts style. His designs often featured curved balconies and bay windows, delicate ironwork, and exuberant ornamentation, including animal and human faces. Decorative details like cartouches and shields are common. Dunn used eagles or phoenixes to support balconies and cornices. Many of his buildings have a broad, heavily ornamented cornice and a rusticated first story topped with a belt course, defining the ground level from the upper, full-living levels. 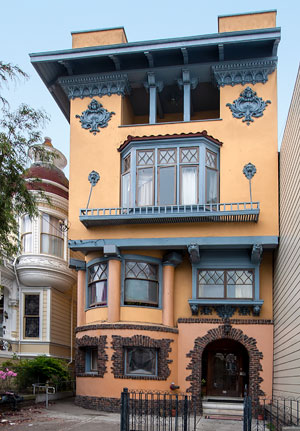 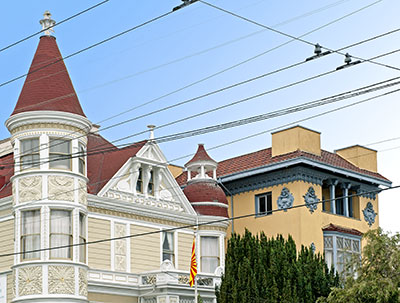 401 Baker Street, architect unknown, is a classic Queen Anne Victorian built around 1891. The house is listed in Here Today: San Francisco's Architectural Heritage and described as "unusually large and heavily ornamented in the spirit of the times [with] two Queen Anne corner towers, each expressing individuality in shape, size and culmination.

405 Baker Street, built in 1904, was designed by Dunn in an eclectic Mission Revival style.

The Haight-Ashbury District is characterized by the juxtaposition of grand residences in many architectural styles popular in the late 19th and early 20th centuries. 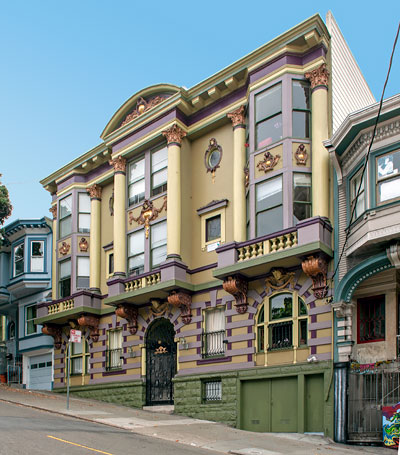 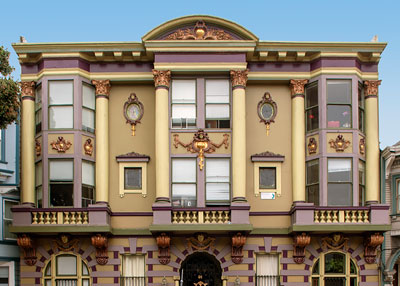 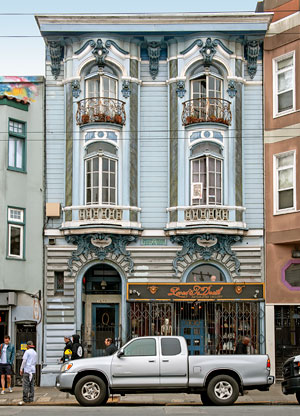 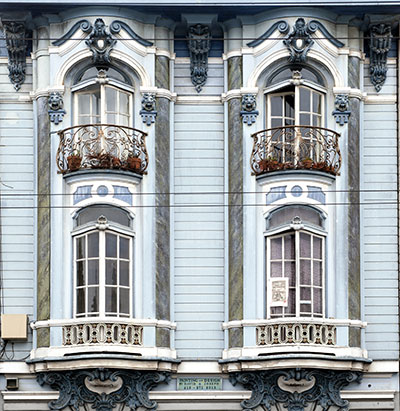 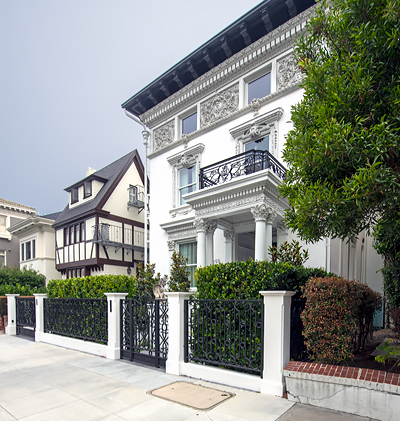 "Opulence worthy of fine stone is seen in this Baroque Revival house built entirely of wood and plaster. Especially notable is the molded frieze - deep enough to incorporate the top floor windows." 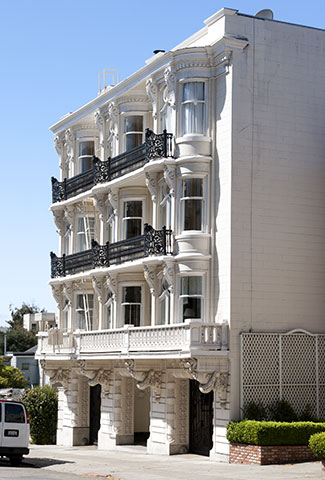 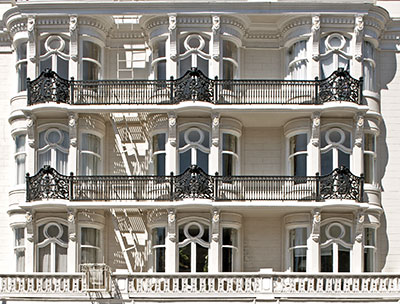 "The original owner had this Baroque Revival building copied after one that struck her imagination in Paris. The recessed ground openings give an urbane effect."