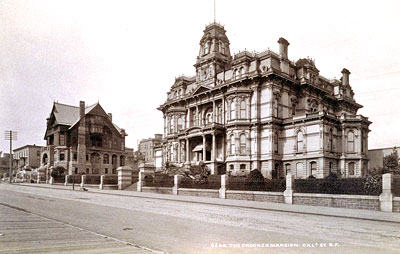 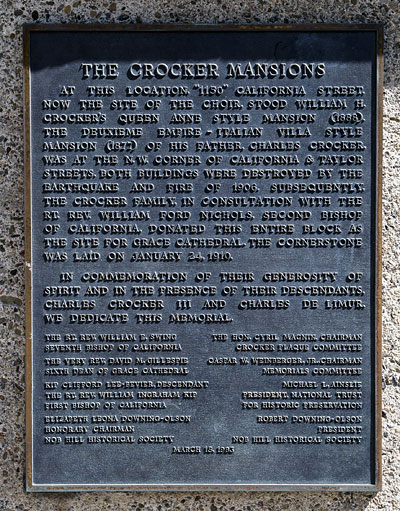 Plaque on the Wall of Grace Cathedral
Near California Street Entrance

At this location "1150" California Street, now the site of the choir, stood William H. Crocker's Queen Anne style mansion (1888). The Deuxieme Empire - Italian villa style mansion (1877) of his father, Charles Crocker, was at the N. W. corner of California and Taylor Streets. Both buildings were destroyed by the Earthquake and Fire of 1906. Subsequently, the Crocker family, in consultation with the Rt. Rev. Willaim Ford Nichols, second bishop of California, donated this entire block as the site for Grace Cathedral. The cornerstone was laid on January 24, 1910.

In commemoration of their generosity of spirit and in the presence of their descendants, Charles Crocker III and Charles de Limur, we dedicate this this memorial.

He was among the most prolific architects on the Pacific Coast in the final decades of the 19th and first decade of the 20th Century with a practice that typified the successful architectural profession of that period. Contacts with the gentry and well-heeled were of paramount importance. Curlett had his wealthy friends both in San Francisco and Los Angeles. He built many buildings, both public and private, in each city and throughout California.

He possessed another trait critical to the success and survival of architects in his time, the ability to adapt the current stylistic vogue to one's own design. During some forty years of practice, he designed buildings of many different styles.

His residences ranged from flamboyant Victorian (the Crocker Mansion and the Payne Residence in San Francisco) to sober Roman Renaissance (Villa Montalvo in Saratoga and the Payne country home in Menlo Park).

His commercial and public projects ranged in style from Richardson Romanesque (Los Angeles County Courthouse and the California State Bank in Sacramento) to an eclectic combination of Classic, Roman, and Flemish forms (Mutual Savings Bank in San Francisco.)

Willis Polk regarded the Charles Crocker house as the ugliest building in the city and offered to burn it down as a civic gesture.

Curlett spent the later years of his life in Los Angeles and was elected President of the State Board of Architects. 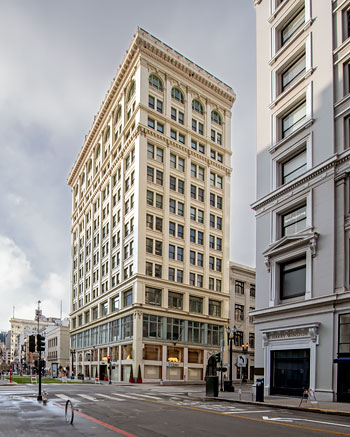 The building in the foreground is the Shreve Building,
also designed by Curlett. 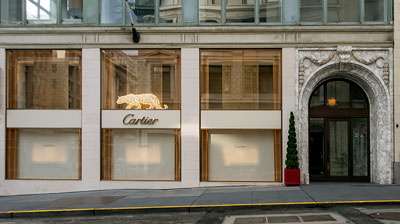 When we photographed the Head Building, Cartier occupied the retail space. The Shreve Building, across Post Street, is reflected in the windows. 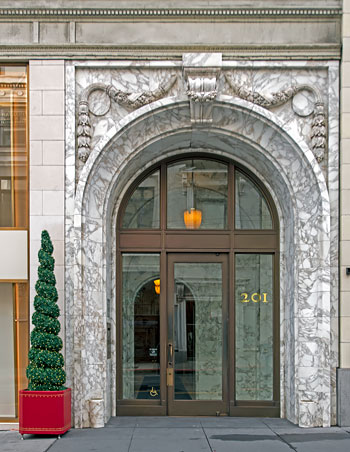 The Head Building and the Shreve Building, on the corner of Grant Avenue and Post Street, are he tallest buildings on Grant Avenue. Both buildings were designed by Curlett.

The Head Building is a three-part vertical block sheathed in glazed terra cotta with Renaissance/Baroque ornamentation. The glass base was remodeled in 1959 by William B. Meyer for Brooks Brothers. 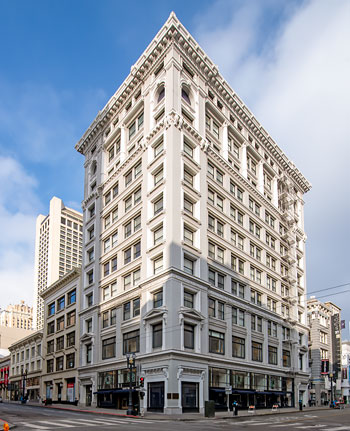 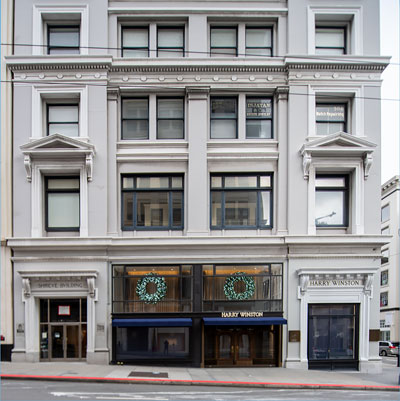 The Shreve Building was completed in 1905 and rebuilt after the 1906 Earthquake and Fire.

The building is supported by a steel frame with brick curtain walls sheathed in Colusa sandstone with Renaissance/Baroque ornamentation.

Shreve & Co., founded in 1852, is probably the oldest commercial establishment in San Francisco. By the 1880s, it was considered one of the the finest silversmiths in the United States, selling high quality timepieces and jewelry made from gold, silver and precious stones.

Shreve & Co. operated from this building from 1905 until 2015, when the company lost its lease to Harry Winston and moved to the Jewelers Building at 150 Post Street.