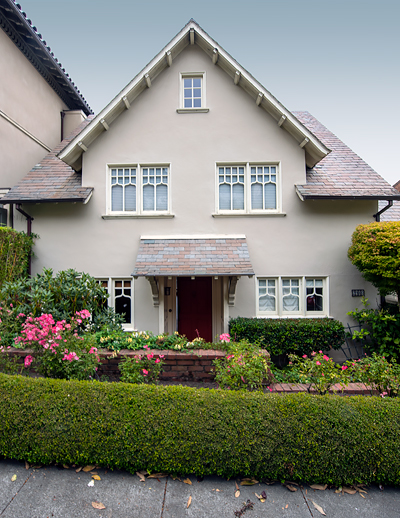 Architect Edgar A. Mathews built 2980 Vallejo for himself and his wife. It was the first home on the block and remained so for five years. In 1915, another architect, Walter Danforth Bliss, built his family home next door at 2990 Vallejo.

Although the new owner expanded the house to five floors, it still appears to be little more than a cozy cottage. This architectural deception is common in San Francisco. Many houses built on steep hills conceal a flamboyent mansion of four, five or even six stories behind a modest facade. The scale of these mansions is visible in buildings built on corner lots such as 2190 Vallejo Street, designed by Mathews, and the Brown-Smith House, designed by Albert Coxhead.