Thomas Paterson Ross was born in Edinburgh, Scotland, and immigrated to San Francisco in 1890.

After the 1906 Earthquake and Fire, Ross partnered with engineer A. W. Burgren. They designed a number of residential and commercial buildings throughout San Francisco.

His career was cut short in 1922. While inspecting construction of the Union League Club at 555 Post Street his skull was fractured by falling bricks. He survived and lived until 1957, but he was unable to work. He died on April 26, 1957 at the age of 84. 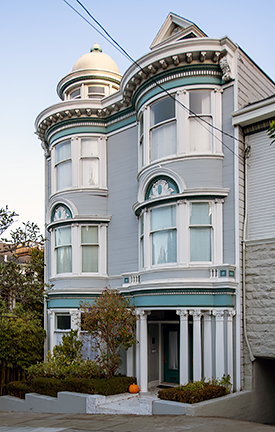 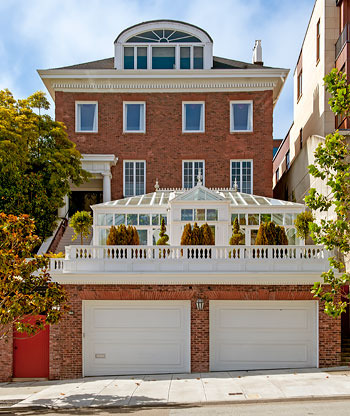 This Georgian house was commissioned by Charles G. Gebhardt and built in 1905. The double lot has a fifty-foot street frontage. 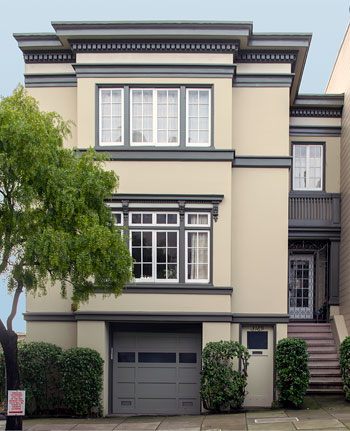 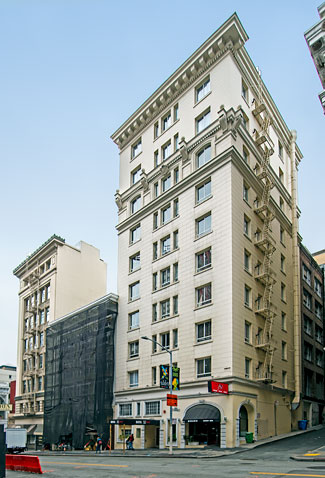 Designed by Ross and Burgren, this steel-frame building has Renaissance/Baroque ornamentation. The top two stories were designed by architect Oscar Haupt and added to the building in 1912.

When we photographed the building in November 2019, it housed the Hotel 32One. 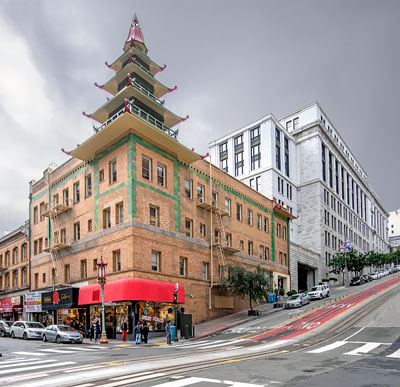 The Sing Fat Building and the Sing Chong Building, at the intersection of Grant Avenue and California Street, mark the entrance to pre-1906 Chinatown. Old St. Mary's Church is also at this intersection.

Ross was the first architect to design Chinese inspired buildings in Chinatown, a practice which became common after the 1906 Earthquake and Fire.

The white building up the hill on California Street is San Francisco Landmark 167. 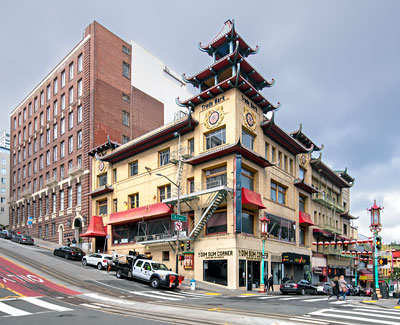 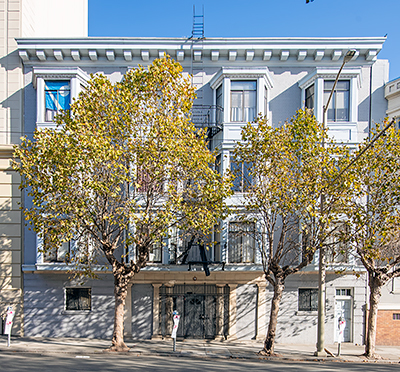 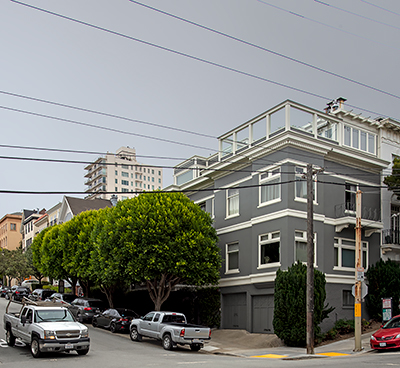 Between 1900 and 1906, Ross often collaborated engineer Albert W. Burgren. After the 1906 Earthquake and Fire, they became partners.

Ross & Burgren designed this residence in 1909. It is obscured by Ficus microcarpa trees which can grow to a height of forty feet in San Francisco and are not deciduous.