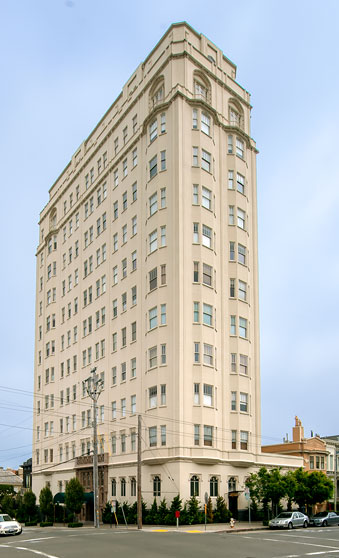 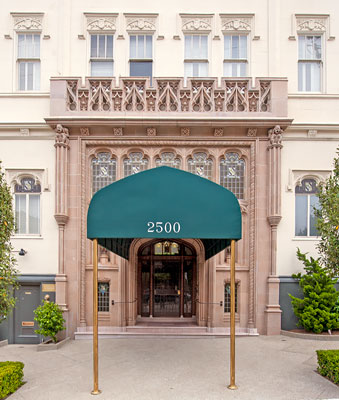 Conrad Alfred Meussdorffer was the son of German parents who came to San Francisco in 1853.

He worked for the architectural firm of Salfield & Kohlberg, then in partnership with Victor de Prosse before opening his own practice in 1897.

Meussdorffer designed the St. Regis apartments in Lafayette Park, the only private residence in San Francisco located in a public park. The luxurious Beaux-Arts building established Meussdorffer as the architect of choice for San Francisco's one percent. His buildings at 2006 Washington Street and 2500 Steiner Street are often considered the finest apartment buildings in San Francisco. I concur. If I could live anywhere in the world, these two addresses would be strong contenders.

The building at 2500 Steiner Street is located on the crest of Pacific Heights at the northeast corner of Alta Plaza Park at an elevation of about 285 feet (87 meters). The elevation and the lack of nearby tall buildings make it one of the most visible buildings in San Francisco, along with the much taller Transamerica Pyramid and Salesforce Tower.

Some folks call this building Susie's Building. Or the Democratic Party ATM. 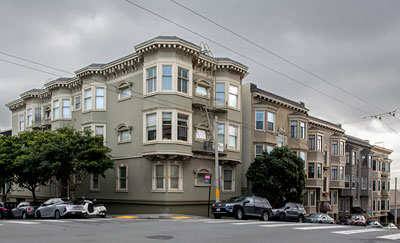 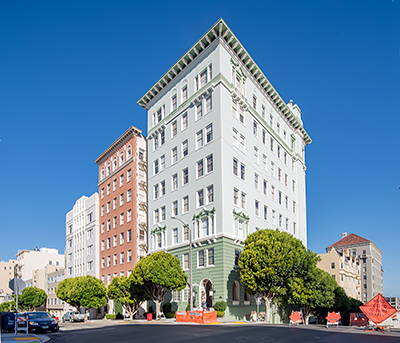 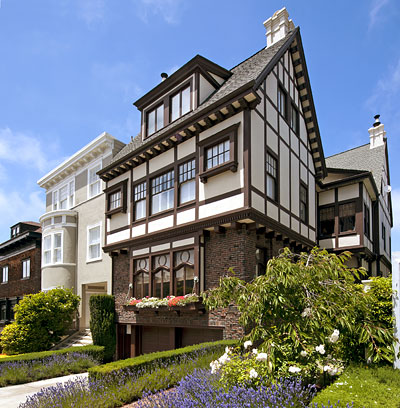 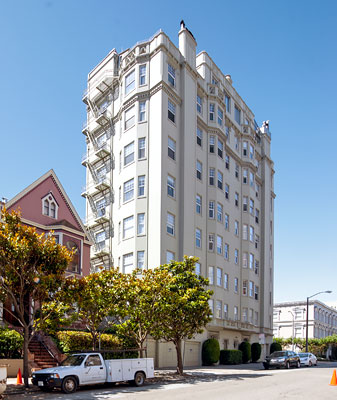 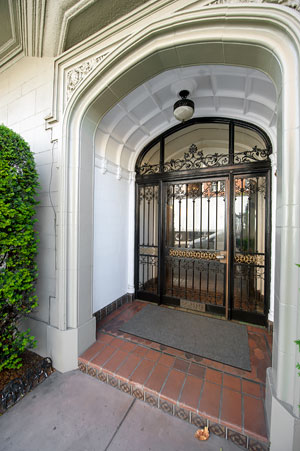 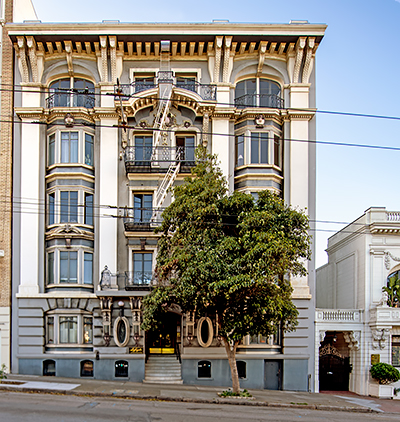 I was surprised to learn that Meussdorffer designed the Lafayette Apartments. The building, which faces Lafayette Park, has so much in common with the distinctive architectural style of James F. Dunn that I would have wagered that Dunn had designed it.

The Lafayette Apartments and its neighbor, the Sir Arthur Conan Doyle House, are the two most flamboyant buildings on the south side of Lafayette Park. 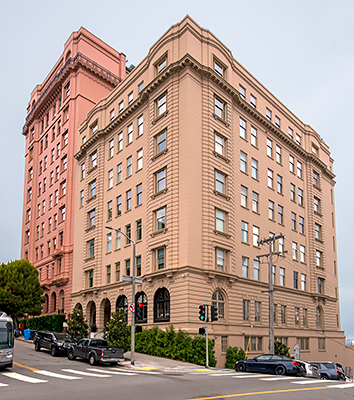 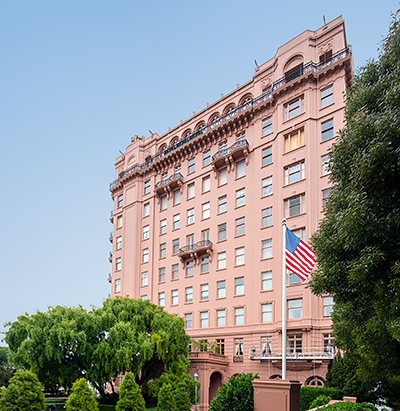 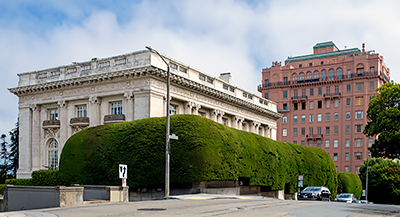 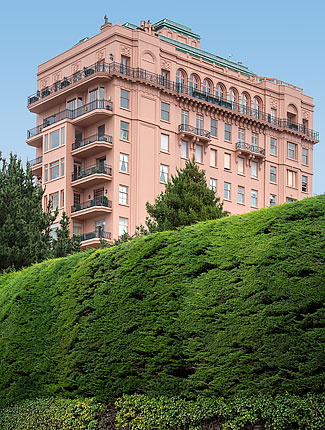 Viewed from the corner of Jackson Street and Octavia
Street. The large edge is at the rear of the Spreckels
Mansion property.
21 January 2020