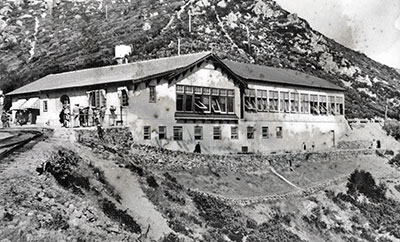 Walter Danforth Bliss was born in Nevada. William Baker Faville was born in San Andreas, California. They met while attending the Massachusetts Institute of Technology.

They left MIT in 1895 to work for McKim, Mead & White in New York City. In 1898, they moved to San Francisco and formed a partnership.

The partnership often imitated buildings designed by McKim, Mead & White. In those days, architectural critics did not fetishize originality for its own sake. Appropriation was praised rather than condemned:

The general resemblance of the [Bank of California to] the Knickerbocker Trust Company in New York will, of course, strike everyone who is familiar with the latter building; but the architects are to be congratulated rather than condemned for their frank and intelligent attempt to make under happier conditions a revised version of a good thing.

Bliss and Faville terminated their partnership amicably in 1925. 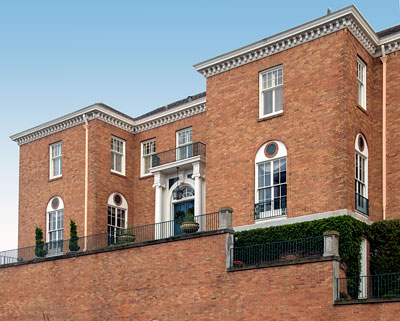 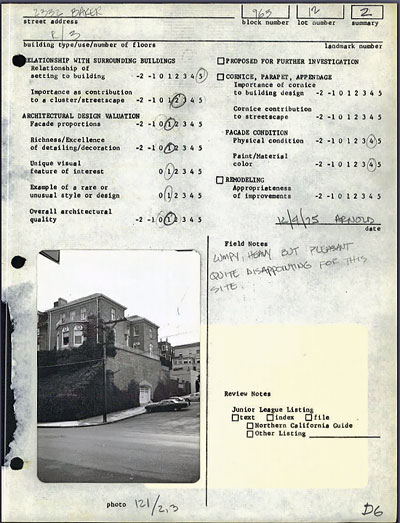 The 1976 Department of City Planning Architectural Survey was not kind to this building. The rating for architectural design was only 1 on a scale that ranges from -2 to 5.

The comment on the survey form read: "Lumpy, heavy but pleasant. Quite disappointing for this site." 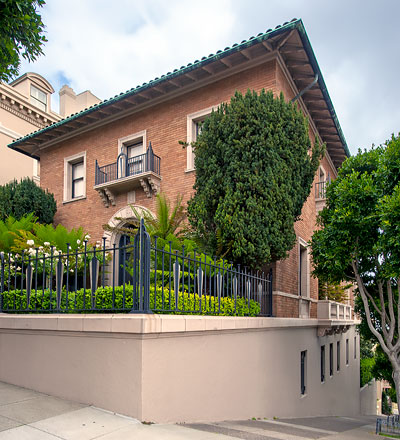 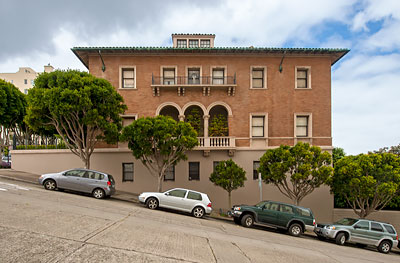 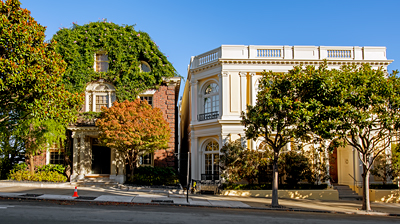 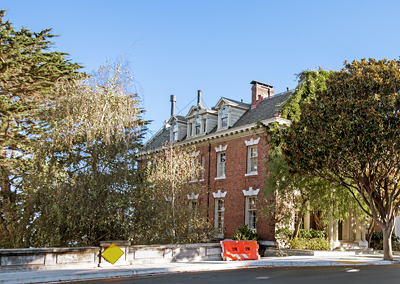 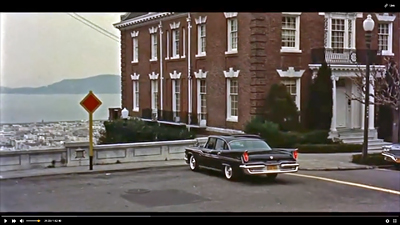 The house as seen in the 1960 movie, Portrait in Black, starring Lana Turner, Anthony Quinn, Sandra Dee, John Saxon, Anna May Wong and many others. At the end of the movie, Anthony Quinn falls to his death on the Baker Street stairs while chasing Sandra Dee out a window and along the rooftop - or a sound-stage rooftop with more elaborate dormers.

Note how unobstructed the view was in 1960 compared to 2019. Although San Francisco has a Tree Dispute Resolution Ordinance (Article 16.1 of the Public Works Code), trees are contentious here.

This beautifully proportioned, exquisitely detailed Dutch Colonial brick house was Walter Bliss' first commission; it was built for his own family. The house not only has white marble trim, but massive concrete foundations and piers set into rock. When one of the towering chimneys toppled in the 1906 earthquake, all of the chimneys were removed a s a precaution. 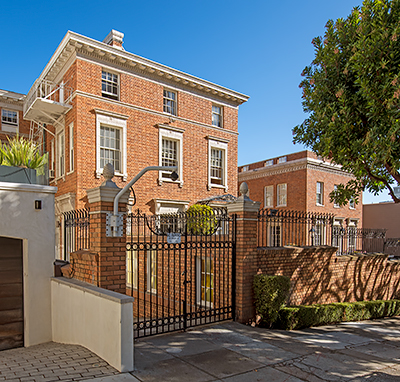 When we photographed the building, it housed the German Consulate General San Francisco. 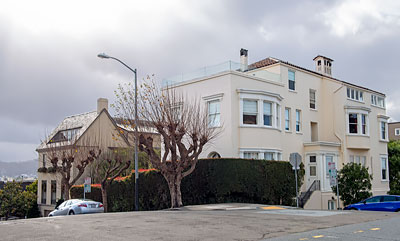 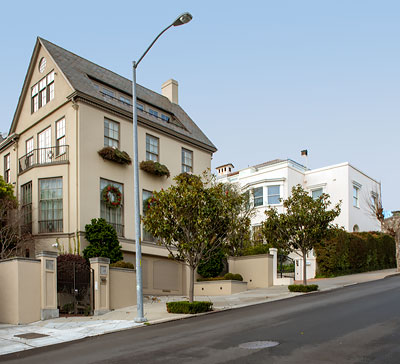 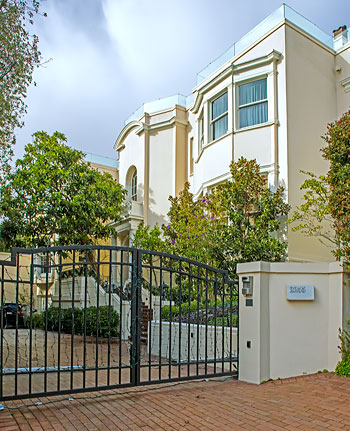 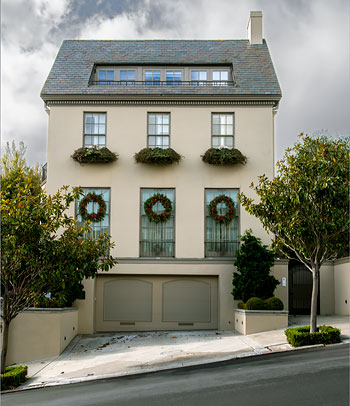 Both houses turn a side to Lyon Street to face each other across a landscaped open space. The uphill house on the corner (2255 Lyon Street) turns its back on prestigious Pacific Avenue.

Although this configuration is not typical in San Francisco, it is not uncommon in older residential neighborhoods where homes were designed by architects for affluent clients. Other examples are 2600 Washington Street by Edgar A. Mathews, 2241 Sacramento Street by Edward E. Young, and Mark Zuckerberg's home above Dolores Park.

Our website attributed both of these houses to Polk until a San Francisco architect contacted us with convincing evidence that 2233 Lyon Street was designed by Bliss & Faville. 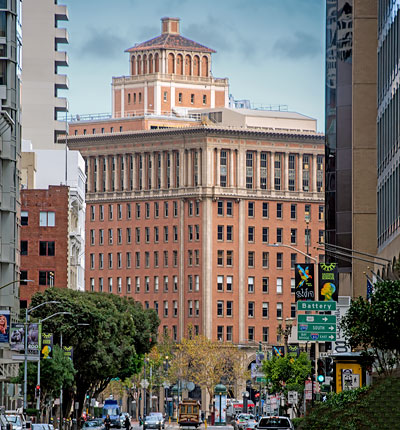 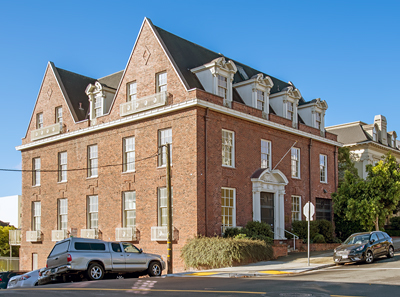 When we photographed this building, a brass Egyptian Consulate sign was mounted by front door.

According to the website, Curbed San Francisco, the Egyptian government bought the property in 1960s and used it as their San Francisco consulate before moving operations to Los Angeles in 2016 and listing the building for sale at $22M.

In October 2019, the building was still on the market with the price reduced to $16M. The photographs on Sotheby's website showed a spacious but modest interior with no paneling, exotic hardwoods, chandeliers or other grand architectural gestures. 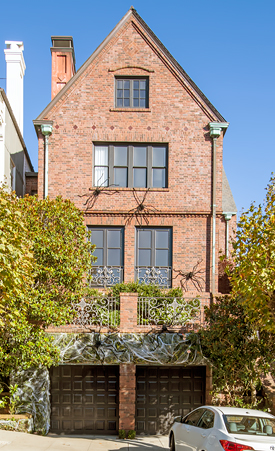 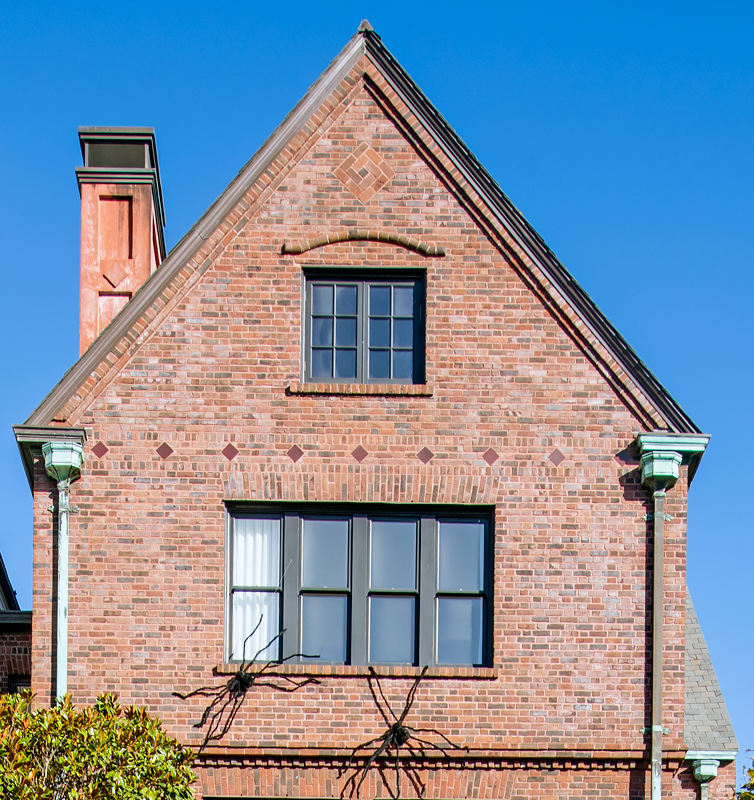 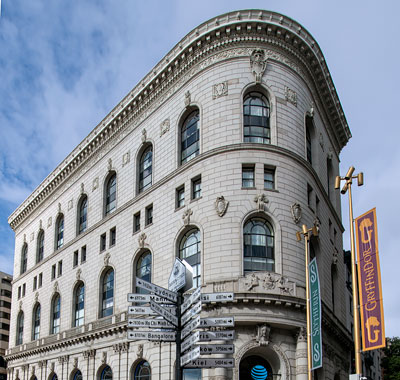 When this building was constructed, it was partly hidden from Market Street by other buildings which were demolished in 1973 to create space for Hallidie Plaza.

Bliss and Faville won a design contest entered by eleven invited competitors. Their Renaissanc/Baroque design resembles the University Club in New York City designed by McKim, Mead and White. An article in Architect and Engineer considered the line between inspiration and plagiarism but decided in favor of Blisss and Faville, stating that this is a building of unusual distinction. 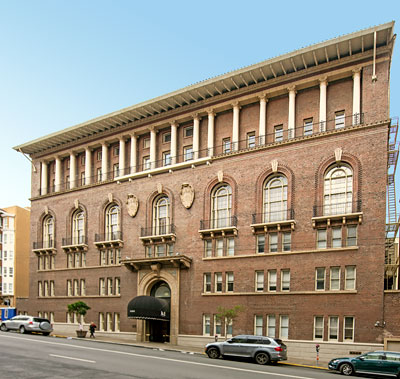 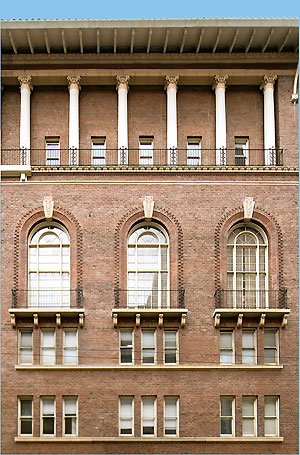 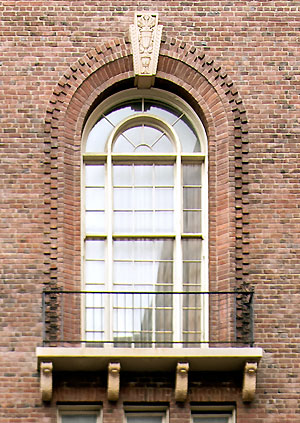 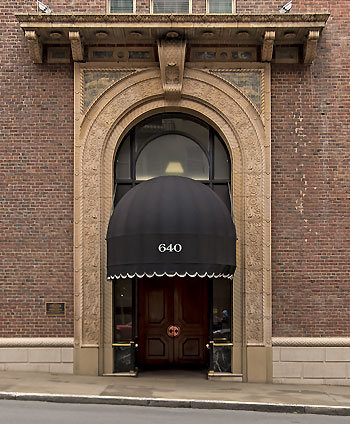 This Renaissance Palazzo is built of reinforced concrete clad with red brick and ornamented with terra cotta. 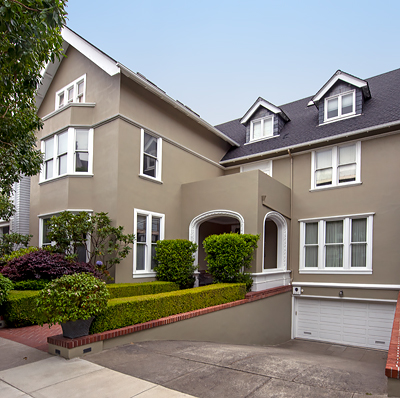 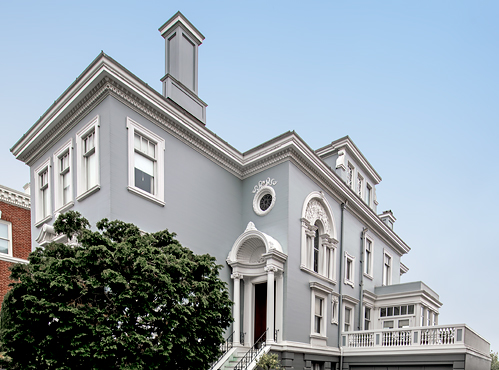 Walter Bliss designed the Tahoe Tavern for his father. Located a half mile south of Tahoe City, the brown-shingled hotel with its multiple gables was a favorite vacation spot for the wealthy from the Bay Area. Socialites from San Francisco ferried across to the Oakland Mole and took a train to the Tahoe Tavern, arriving on special spur rails that carried them directly to the hotel. 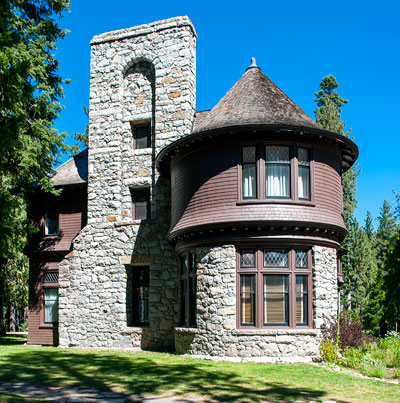 The building site was a sand hill. Tons of topsoil were brought from the back country to provide the base for lawns and gardens. Most of the building materials for the house were obtained locally, the granite from Meeks Bay and the lumber from Hobart Mills, north of Truckee.

The house was equipped with the modern utility systems including electric lights and complete indoor plumbing. Steam generators produced electricity until commercial power was available in 1927. Water was obtained from General Creek and later pumped directly from the Lake.

In 1965 the house and grounds were acquired by the California State Park System. The house is maintained as a house museum and as an example of the opulent tradition in Tahoe summer homes.